In my experience as a digital consultant for Google Cloud’s Apigee team, I’ve found that when a technology gets classified as “middleware,” it’s often encumbered with a scarlet letter of sorts. Business leaders find it unexciting — so much so that they often resign it to the purview of technology professionals and don’t spare a second thinking about it.

Those technology professionals, meanwhile, sometimes recognize that “middleware” can be a misnomer, but may see technologies in this category as little more than bland mechanisms for integrating applications. Bluntly, “middleware” technologies are too often regarded as a dull back-office necessity and not considered an asset for generating value.

I say “too often” because one of the most dynamic technologies around — application programming interfaces, or APIs — frequently gets lumped into the disregarded “middleware” bucket, and that is a travesty.

Yes, an API’s job is to connect systems and applications with each other, which qualifies it as “middleware,” but its potential capabilities extend well beyond integrating IT infrastructure. The API, when wielded to its fullest potential, links people to technology.

Many enterprise technology leaders value APIs primarily for their role in enterprise application integration (EAI), in which the objective is to interconnect applications across a company’s aggregate IT environment to facilitate the flow of information. Older iterations of EAI mechanisms, such as the enterprise service bus (ESB), have been largely supplanted by API gateways.

APIs are many things. Yes, they’re a middleware technology — but APIs also software products that developers leverage to combine functionality and data into new digital experiences, and, most important to my discussion here, APIs are the primary mechanisms that allow information to be connected to people at scale across billions of devices active in today’s digital ecosystems. It’s no exaggeration, in other words, to say that, far from being IT minutiae, APIs play a critical role in satisfying the needs of customers and driving growth.

Though it is true that APIs have been a boon to EAI, business and IT leaders should ask, what is the value of an integration in the first place? Time and money should not be wasted on integrating for the sake of checking off boxes that indicate some internal gap or another has been remediated. If an API program is driven solely by the desire to link applications, it often ends up crafting one-size-fits-all APIs built according to what works best for the company’s internal infrastructure but that largely disregard the needs of customers.

If an API program is seen as a vehicle for linking people with technology, rather than technology with other technology, then every proprietary API that the program creates and every third-party API that it leverages may end up driving incremental value for the business. That incremental value may arrive directly in the form of applications that become popular or integrations that generate revenue, and it may be more diffuse, as well-designed and managed APIs can facilitate both comprehensive visibility into where interactions with an enterprise’s services occur as well as the agility to rapidly adjust and repackage those services based on insights into user experiences. By maximizing the volume and diversity of API consumers that can access its digital platforms and services, in other words, a company can position itself to open new revenue channels and seize opportunities for innovation.

The savvy, yet fickle, digital consumer

Business today is increasingly driven by people’s expectations around technology. The average consumer expects digital experiences to be intertwined with social networking, interactive applications, connected public infrastructure and other manifestations of the Internet of Things, and smart home technology, among others.

Some companies still operate under the antiquated belief that company leaders know more about what customers want than customers do. With only a few notable exceptions, I’ve found this philosophy is the opposite of the truth. Instead, businesses should let customers preferences flow from the outside-in to inform strategies.

According to Accenture research, for example, five in six consumers are willing to share their data to enable a personalized experience, and around half of consumers have abandoned a digital purchase because the experience was poorly curated. The research reaffirms the importance of connectedness that spans digital ecosystems rather than just connecting a few apps; some 64% of consumers that Accenture surveyed says they’ve made a purchase because a brand was able to personalize the experience with indirectly-collected data, such as a purchase made with a different business, and nearly three-quarters of consumers indicate they’d value more nuanced recommendation engines that consider more than purchase histories and other basics.

Bottom line, delivering a seamless digital experience is critical for any business. Google research indicates a majority of people will abandon a mobile site if it takes longer than three seconds to load, and according to PwC research in which 15,000 consumers were surveyed, around one in three customers will leave a brand they love after one bad experience.

The IT infrastructure that powers a company’s digital experiences must deliver information to the right people at the right places and right time, even as the mix of information and places changes with customer preference, and it must protect against service outages that could derail customer experiences. The APIs that drive this infrastructure and help make it agile and responsive should be seen as a cornerstone of digital transformation strategy. The analytics and insights that managed APIs can provide into how developers and end users interact with a business’s services should be integrated into key KPIs and targets. The business, in short, should not treat APIs as middleware but as full lifecycle products that enable information and functionality to connect to people in the most useful ways.

Leaders in a mature enterprise may believe that garnering the ability to comprehensively understand each consumer’s context and history, deliver seamless digital experiences, and deploy online self-service capabilities must require a prohibitively costly end-to-end IT overhaul. That’s far from the case.

Modern APIs designed for developer consumption and to fuel digital experiences can deliver on each of those demands, and when deployed with the right mindset and execution, they can do so quickly and cost-effectively.

Well-designed and managed APIs enable old technologies to interface with new technologies — and to ensure that data and functionality, wherever it’s housed in a business’s IT topology, reaches the right people in the right contexts. They enable companies to partner at unprecedented scale and to leverage one another’s strengths for richer and more seamless experiences, such as when an end user uses a voice assistant to make an appointment or leverages a text messaging application to send a friend money. APIs empower developers to connect users to information even if those developers aren’t experts in the underlying systems. When managed, APIs let companies monitor service availability, learn from customers’ consumption of APIs, and ward against threats. And perhaps most importantly, APIs can provide businesses with the optionality they need to satisfy customers’ increasingly escalating expectations.

Using third-party APIs, for example, a company can add features to its proprietary digital experiences that customers expect but that are far outside the company’s core competency. Companies can access resources that may be too cost-prohibitive or time-consuming to develop internally — such as access to certain types of data or to functionality based on machine learning, mapping, voice control, and other technologies — via partners’ and other services providers’ APIs. When companies build their own APIs, meanwhile, they not only create reusable mechanisms to leverage their own internal systems and to combine them with external APIs, but also gain opportunities to offer their APIs to partners, further extending the number of interactions around, and the potential reach of, their services.

By applying API management to their APIs, companies can gain insights with which to adjust digital experiences that don’t connect with customers, double down on APIs that show promise, and maintain control and visibility over corporate assets as they’re linked to one another and to external APIs. Simply put, if the goal of modern digital ecosystems is to generate revenue by creating connections between people and data, well-designed and managed APIs are instrumental to the success.

That said, APIs shouldn’t be created or consumed with no rhyme or reason. Before activating an API, enterprise leaders should define desired business outcomes that the API is intended to fulfill.

When launching an API program, the first question enterprise leaders should answer is, ”What communities and individuals do we want communicating with our digital assets?” Yes, APIs link applications, but there are people on each end of those applications. For instance, a business may want to penetrate the smart home market, which may require different API design considerations than other types of goals. The developers building smart home applications may not be the same developers that build typical smartphone apps, and they may be motivated by certain technologies and financial incentives than other developer groups. APIs can be the universal connector between applications and between applications and people, but that doesn’t mean all APIs are one-size fits all.

Finally, it is important to emphasize that when asking themselves what kinds of people they want their APIs to connect to, enterprise leaders shouldn’t consider only external consumers — employees should be considered too.

Internal consumers of IT assets can be as specific and fickle as paying customers; the entire phenomenon of shadow IT exists in large part because employees can’t get their jobs done easily with existing IT resources and turn, sometimes under the radar, to other solutions. Employees’ personal buying behaviors translate to their business preferences. If they don’t find using a proprietary application intuitive and enjoyable, they’ll ditch it for something else. Worse, they’ll reinvent the wheel, investing in wasteful application development. Internal APIs that don’t provide access to the right systems and applications or that aren’t designed to connect the right people may be just as perilous as external APIs that are deployed but that no external audiences want to consume.

Strong businesses link every decision back to improving their value propositions, and in my experience, APIs deliver the most value when serving as an interface between a company and people. When forging an API program, it’s critical to

Further iterations and adjustments may always be necessary, which is why it’s important for businesses to not only offer APIs but also manage them and glean insights from API consumption patterns. But with the right attitude toward APIs — and their potential to connect not only systems but also people — enterprises can help ensure that they’re adjusting and iterating toward the outcomes they want. 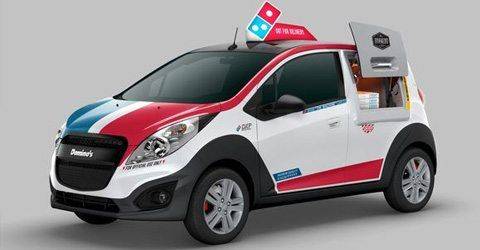 Is Tech Killing Off Independent Pizzerias? 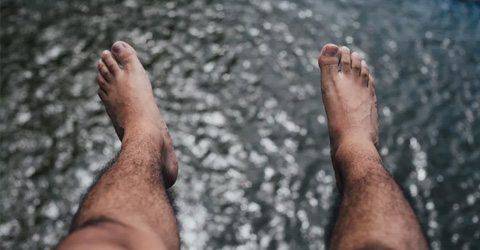 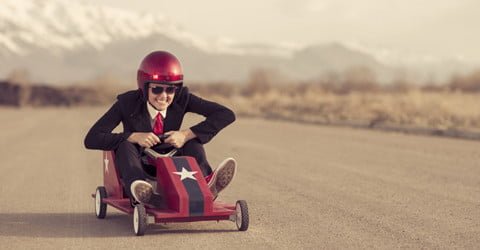 Obstacles for IT Departments

One comment on “The New API — “Application People Interfaces””